SERCEM INDUSTRIE is active in the design, construction, and especially the refurbishment of production equipment intended for the cement and minerals industry. We also supply replacement parts and perform on-site assembly of such equipment.

Our machinery is designed by an expert engineering office, and built in comprehensively-equipped workshops. Since 1970, we have acquired a strong reputation in France and abroad, as demonstrated by our multiple international references.

SERCEM INDUSTRIE was established in 1970, the brainchild of brothers Stéphane and Nicolas Riaboukine.
Both had previously worked in a French group of worldwide renown, which specialised in complete units for processing mineral ore and producing cement.

In 1980, the firm created its own engineering office and an “assembly on the site” service to meet demand from its customers, who were expanding rapidly on international markets, primarily in mining and cement production operations on the African continent. 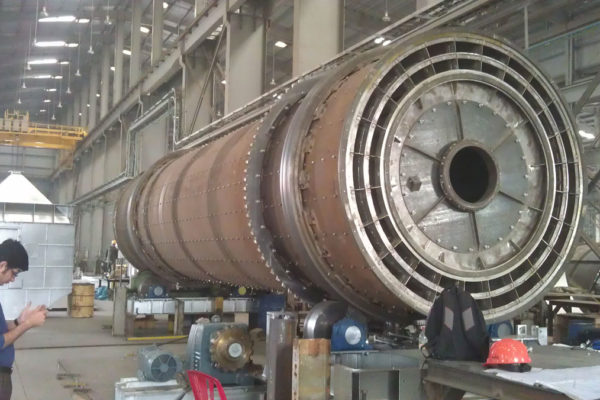 The development of new technologies in recent years and the recruitment of younger personnel have enabled us to expand our use of high-performance tools such as 3D trackers, datalogger software etc., which enable us to conduct measurement surveys on site and produce accurate diagnostics of the condition of rotary drum equipment.

Alongside projects to deliver new equipment or refurbish existing rotary drum equipment, which are our fundamental skills, we are also active in R&D concerning the deployment of digital technologies, especially the remote management of certain mechanical components on production equipment.

Our aim is to stabilise such equipment, which are often operated in degraded mode, to improve their operation by installing sub-assemblies and tools, and to support customers through a wide-ranging preventive maintenance policy.